From skinny legend Waluigi to the thickest king in the Mario franchise. In 2020, you’d be hard pressed to find someone who doesn’t know about Mario and his cartoon friends, who have been knocking about together since 1981 when the Donkey Kong arcade game was first released.

Mario was officially introduced to the world in 1985’s Super Mario Bros., and in the last 35 years, there have since been over 200 games featuring the Italian plumber, which have introduced us to a range of supporting characters. For example, there’s Mario’s loveable, taller and younger brother, Luigi, and his cute damsel in distress, Peach.

Naturally, Mario has also gained some rivals over the years too. But for some strange, strange reason, the Nintendo animators decided somewhere along the way that Mario’s opponents all had to have one thing in common — being unnecessarily and overwhelmingly thicc.

Nintendo know what they doing. Look at all these thicc characters they adding now. Mario thicc af now.

Think about it: Mario’s giant turtle arch-nemesis, Bowser, did not need to be double cheeked up like that. Nor did Mario’s evil cousin, Wario, need to have cakes on cakes, but the animators decided to make the cast in the Mario franchise ungodly levels of thick.

So, in honour of Super Mario Bros. turning 35, I’ve decided to honour the the creators of the games that defined our childhoods by ranking the main characters in the Mario franchise purely by their thiccness levels.

And before you say anything about me objectifying women through Daisy and Peach, they are cartoon characters — just like the Pixar moms with dump truck asses were when I ranked them.

So, here are the Mario characters, ranked from Skinny Legend to Dummy Thick: 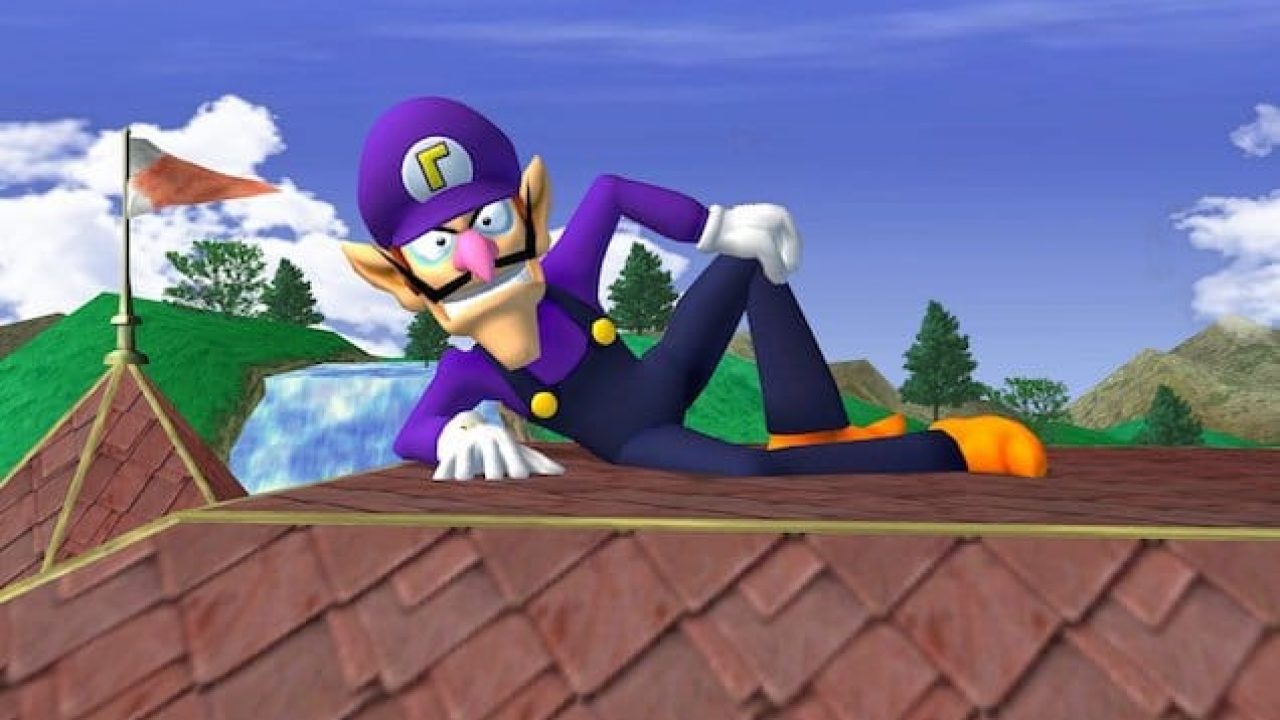 There’s no other way to describe Waluigi than a skinny legend.

The man is seven foot seven inches tall. For animated reference, Thanos is eight foot and the American average male height is five foot nine inches. So basically, Waluigi is a fucking giant, but a fucking skinny giant.

Really Waluigi looks like every skinny, lanky white eBoy that every 19-year-old is currently lusting over on TikTok. And while I’m certain that Waluigi would be packing in all the places it matters, the sad fact is that he isn’t thick at all, which is why he places last.

Everyone talks about Mariah Carey, but let's not forget the ORIGINAL skinny legend, waluigi pic.twitter.com/L3ztmCZuTj 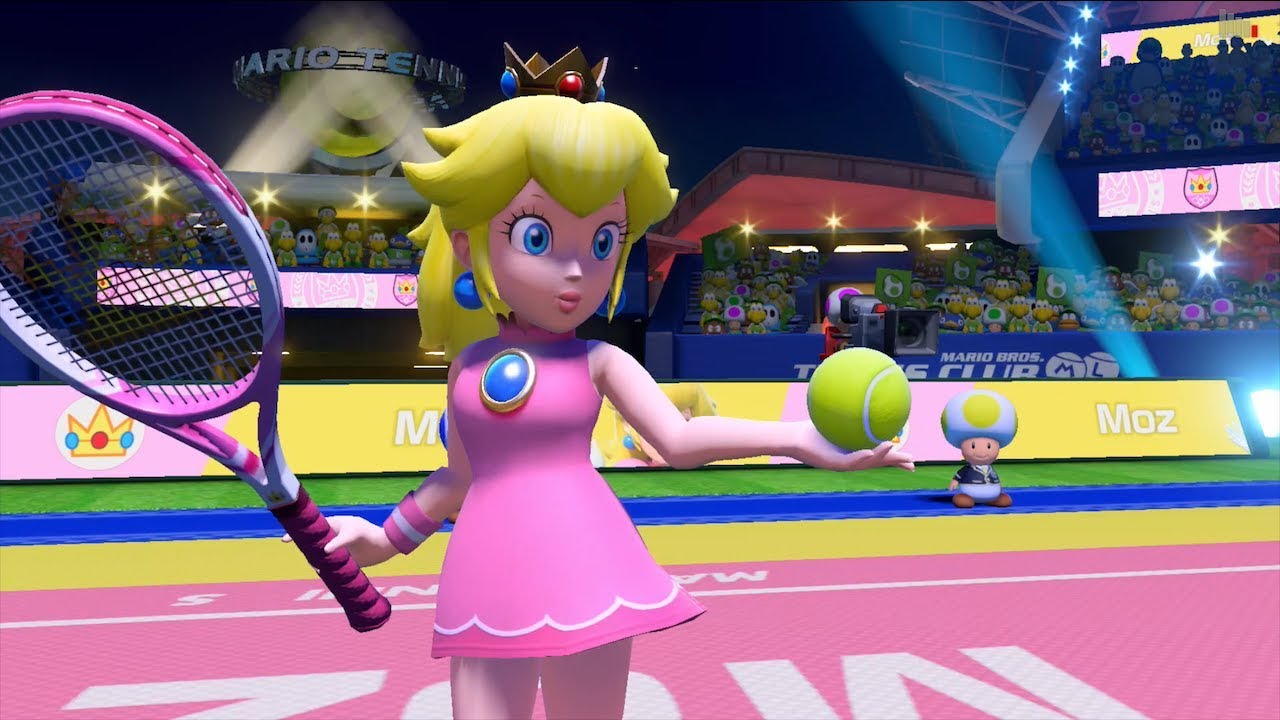 However, after my research, I’ve come to the realisation that Princess Peach isn’t really thick at all. Her pink gown, which cinches at the waist, gives the illusion that she’s got ass, but the sports outfit she wears in games like Mario Sports Mix, says otherwise.

That isn’t to say there’s something wrong with Peach’s figure though. She’s just slim-thick and was beat out in the Thick Olympics™️ by the other characters in the Mario franchise. 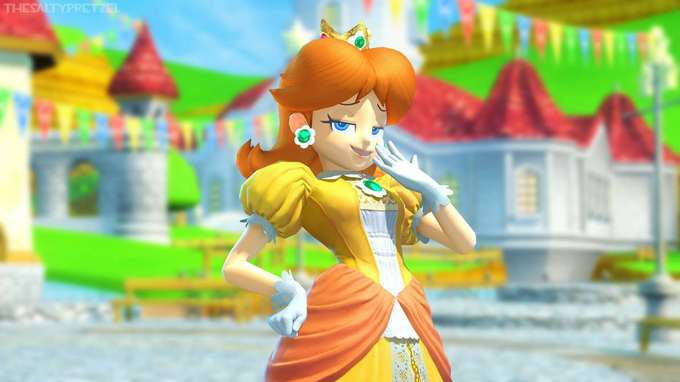 Despite Princess Daisy and Princess Peach looking exactly the same to me, the internet seem to think that Daisy is the thicker of the two sisters.

It makes very little sense considering the pair are basically carbon copies of each other, but the people have spoken. Perhaps, because Daisy is portrayed as the more “tomboyish” of the two princesses, she plays more sports and has more muscle. 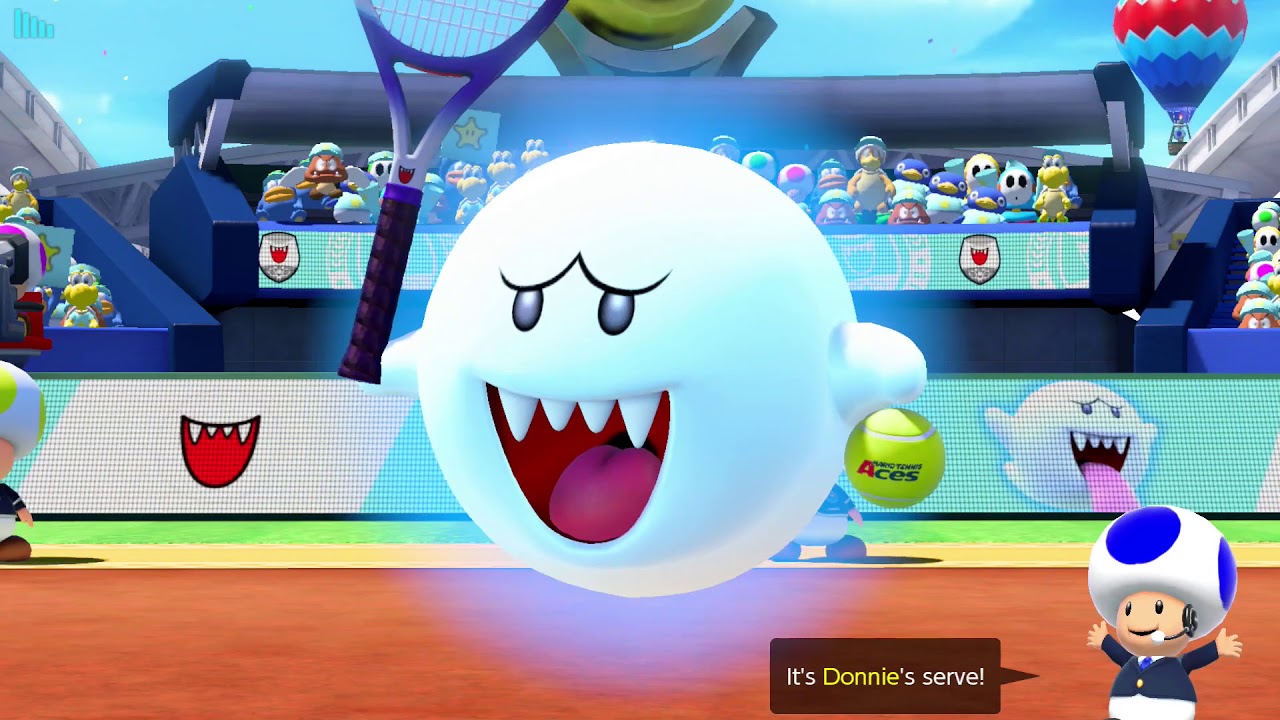 Boo is literally a ghost — a circle blob with arms, but no legs. This means, in a way, that the entire backside of his body is technically his ass.

That makes Boo automatically thicc, but if you’re not convinced just imagine two Boos floating next to each other. It would look like a very peachy bum, right? Exactly. Despite “Thicc Luigi” becoming a meme, the sadly reality is Luigi really isn’t that thick at all.

Beyond having a lil’ bit of ass in his Super Smash Bros. Ultimate photo (above), Luigi really just is Mario’s slim, trim younger brother. To help you understand just how not-thick Luigi is, he’s the same height as Thicc Kings™️ Yoshi and Wario, and he simply does not even compare in the slightest.

Dear men, what’s-a stopping you from looking like-a this pic.twitter.com/WSRI7qZAmF 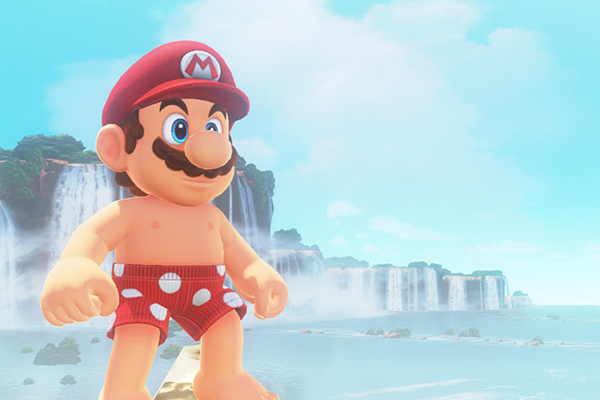 Despite the franchise being all about him, Mario is pretty middle ground when it comes to thiccness.

Over the years, as game graphics have gotten better, Mario has actually lost some of the cake he once had during games like 1996’s Super Mario 64. These days, Mario has slimmed down quite a bit, but because he’s shorter than his brother, he naturally holds more weight in his booty and therefore ranks higher.

But sadly, modern Mario still just has the body of the average middle-aged man. Not bad, but nothing special. 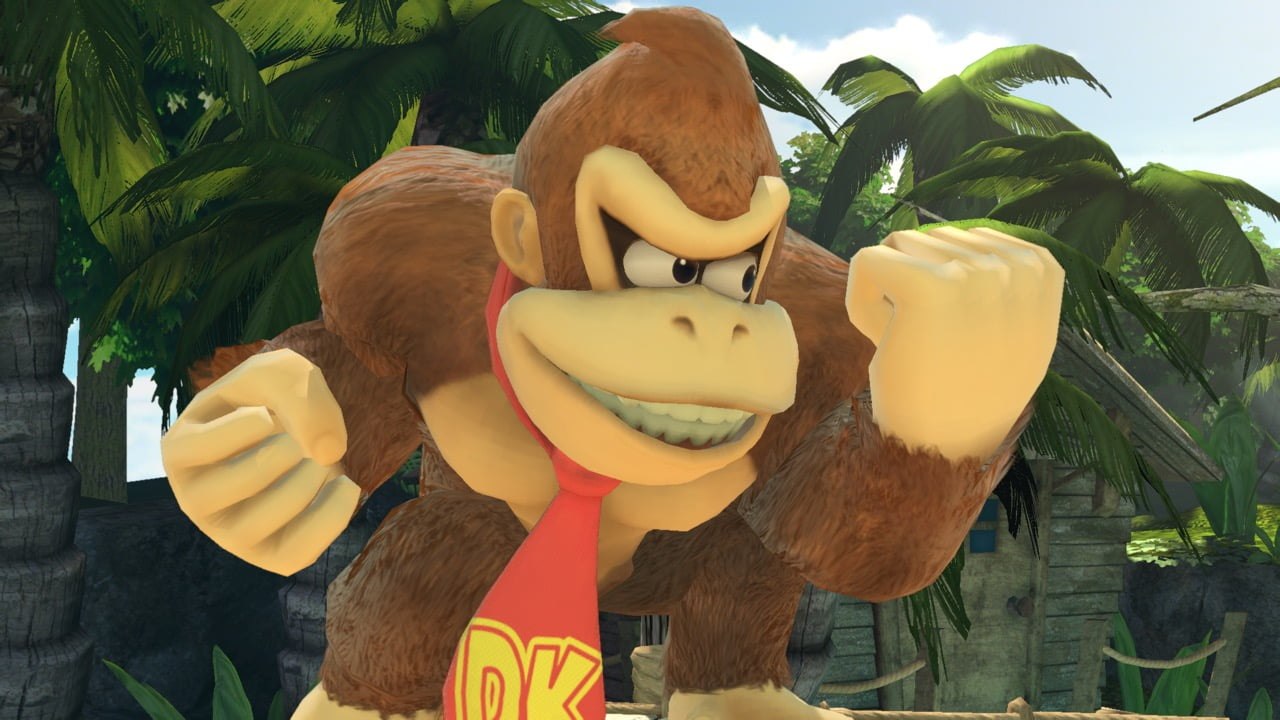 Gorillas are muscular as hell, and when they walk on all fours their asses are really just out there — and this is the same for Donkey Kong.

While Donkey Kong’s ass doesn’t match his thighs, there’s no denying that the gorilla king is packing that wagon. Plus, we must show him a little respect considering he technically started what is now known as the Mario franchise.

Justice for our thicc king!

Girls will go on holiday once, take a picture like this & upload it to Snapchat every week with the caption “take me back” pic.twitter.com/tBYLJWVODx

Just like Boo, Toad is all ass. Except this time, Toad has so much ass that he doesn’t even have legs, just feet.

Alarmingly, at a teensy tiny height of three foot five inches, with a weight of 35kg, Toad is technically obese according to BMI charts. And while we all know BMI charts are basically bullshit, the chart is right in a way: Toad is dangerously thick.

The lil’ mushroom man can literally never button up his vest over his ass and belly, but I’m not mad at it. Standing at eight foot seven inches and a whopping half a tonne, Bowser is a big boy. But do you know where Bowser carries most of this weight? In his ass, of course.

not even a furry but bowser thick as hell 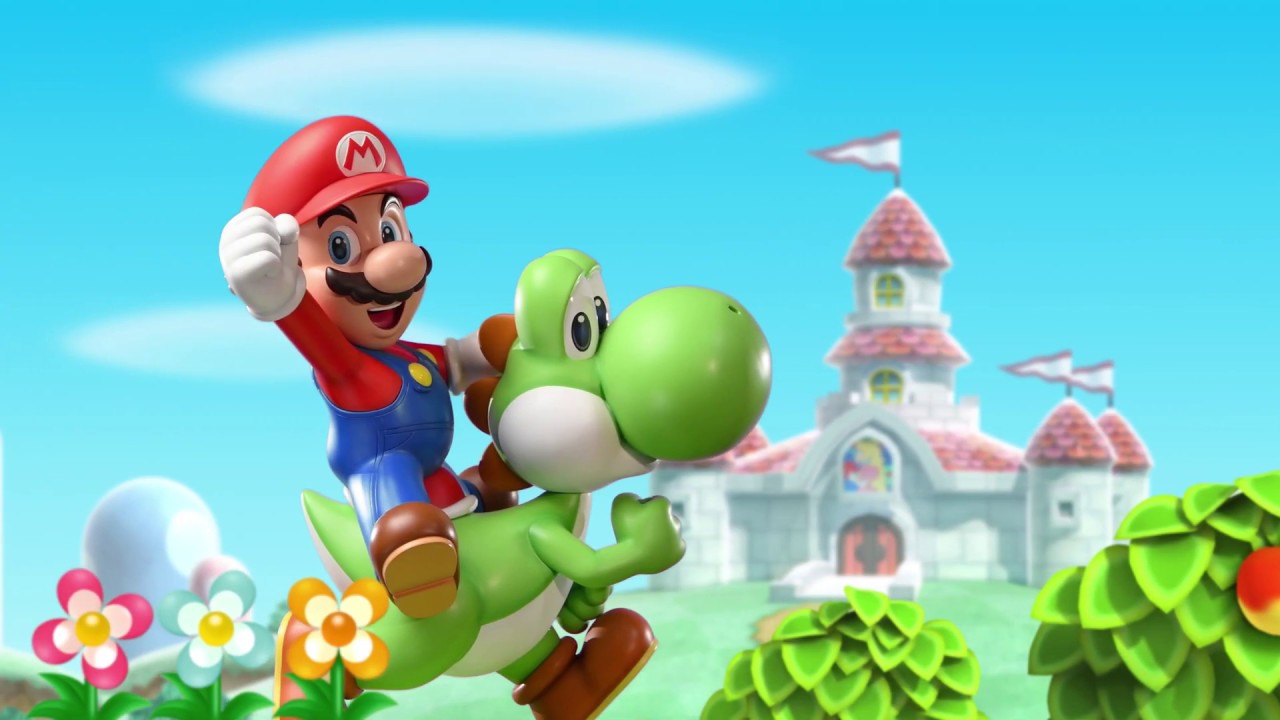 We know that Donkey Kong’s thighs don’t match his ass, but you know whose do? Yoshi.

Yoshi’s signature move, the Flutter Jump, is literally performed by shaking his thighs and tail, which makes sense as to why the little dinosaur-dragon hybrid is so thicc.

Also, Mario literally sits on Yoshi’s ass — or, at the very least, in the arch of his back — during many a Mario game and he rarely ever falls off. That type of thiccness is unmatched. Unbeatable. THAT is real power. 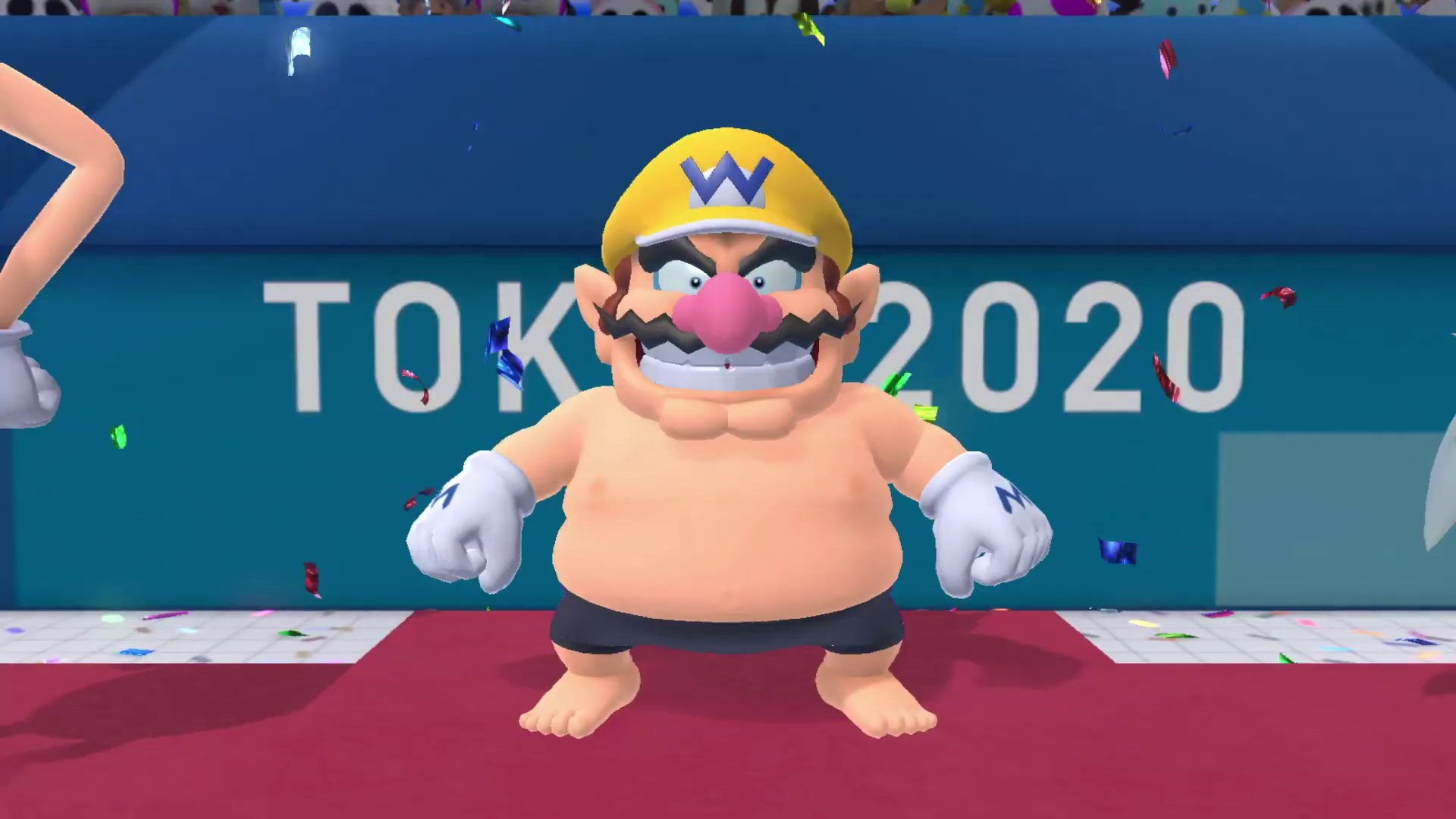 Wario is dummy thick. The thiccest of any Mario character to ever be introduced into the world.

His legs are tiny, and it’s almost astonishing to see how those pins are even able to hold up all that ass. Like in that Smash clip below, do you see how Wario’s ass is jiggling when he backs it up? The evil gremlin really is thicc as hell for no damn good reason.

Honestly, how are we even meant to compete when Wario’s body is the new standard of beauty? Excuse me while I go cry.

i’m fucking crying this why is this the funniest thing i’ve ever seen in my life pic.twitter.com/gDB2aBzP77

Michelle Rennex is a senior writer at Junkee. She isn’t as thick as Wario but tweets at @michellerennex.