How To Almost Die While Writing A Novel

One Australian author's insane attempt to method-act his way into his techno-thriller novels. Traditionally, the author is seen as a lonely figure, hidden away high in their ivory tower, hunched behind a typewriter, sneering at the sun. When the author  finally emerges into the public eye clad entirely in elbow-patches, it’s usually to talk haltingly about inspiration, and to wow us with tales of the year they spent removing semi-colons from their manuscript, before replacing them.

Which is why Australian author Nathan Farrugia is such an oddball: his life is a little too similar to the characters in his techno-thriller novels. He’s been electrocuted and waterboarded; he’s been hunted through the streets of Houston; he’s studied rare forms of unarmed combat and trained with USMC, SEAL and Spetsnaz instructors. Not because he’s an international criminal on the run from the law, but because he believes researching his novels has to go beyond a lazy click on Wikipedia. 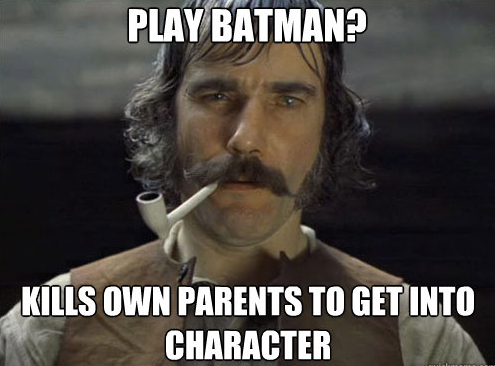 Nathan writes the bestselling techno-thriller series The Fifth Column, an action-packed blend of thriller and science fiction. The books are told from the perspective of Sophia, a genetically modified operant working for the shadowy and powerful Fifth Column organisation, who run our militaries, government and even terrorist cells. When reading the books – the third of which, The Phoenix Variant, has just been released — you can see why his research tends towards the dramatic: it’s nonstop action.

“What I worked on was largely produced by women who wanted to portray sexuality in a positive and honest manner,” he explains. Which I choose to believe means there will be some very tender and equal sex scenes in his books in the future. “It sounds really absurdly simple, but I write what I enjoy. And that’s a lot of action, and a great story.”

Trying Not To Die

“There are a few standout moments when I genuinely thought I was going to die,” Farrugia tells me.

There was a day, for instance, which the author spent wandering around Rio de Janeiro in a bullet-proof vest, TRYING to get people to shoot him in the chest. And then there was that time he found himself dangling by a slippery electrical cord of the edge of a building in St Petersburg, Russia. “I started to wonder what my friend would say to my parents when he explained how I died.”

this is right where I started to run scenarios in my head of what I would say to Ben’s parents if he dies :|

It was the beginning of the year, and Nathan was researching The Phoenix Variant. He sought out a “crazy Russian parkour guy”, who offered to take them over the rooftops of St Petersburg in a less-than-legal fashion.

Ever seen those YouTube videos of those insane people who hang from skyscrapers and take selfies? This was one of those guys. “When asked on a scale of 1-10 how extreme I wanted, I was excited and slightly hysterical and maybe said 11.”

Nathan found himself hanging off a building, wishing he’d said ‘4’.

hey so you know those crazy Russian guys who take selfies hanging from skyscrapers? We met one…   A photo posted by Nathan Farrugia (@nathanmfarrugia) on Jun 6, 2014 at 6:11am PDT

“When I finally clawed my way up onto the roof, I discovered the cord wasn’t even fastened to a chimney,” he says. “It was tied to the middle of another electrical cord.”

So, is it really worth courting death in the pursuit of fiction? “I really strive to learn what my characters know,” Farrugia answers. “I want to put myself in the situations they’ve experienced, and sometimes that’s not an easy thing to do. They’re not normal.”

The rooftops of St Petersburg, Russia A photo posted by Nathan Farrugia (@nathanmfarrugia) on Jun 6, 2014 at 6:50am PDT

The Fifth Column series is chock-full of scenes clearly inspired by Farrugia’s insane research. Like the time he spent learning tracking from the Chiricahua Apache scouts, or his experience learning urban evasion in Texas. After picking the lock on his handcuffs, he escaped on foot and was hunted through the streets of Houston for twelve hours — “Which is really hard to do, because everyone drives and no one walks.”

In Australia itself, he’s studied surveillance with the Australian Federal Police, which provided fantastic insight into the types of counter-surveillance used on a regular basis in the books. He also learnt wilderness survival from Indigenous Aboriginal Australian and SAS instructors.

But perhaps the most compelling example of art imitating life (Nathan’s life in particular) is the attention to detail when it comes to fist fighting, martial arts, and punchy-kicky. Nathan grew up practicing Karate, Wing Tsun Kung Fu and Brazilian Jiu Jitsu, but when writing fight scenes for his protagonist, Sophia, he was looking for a system of fighting that worked with large groups of opponents — and the only thing that really delivered on that was an obscure Russian martial art called Systema.

Systema was developed on the battlefield in the 10th century, predating most East Asian martial arts, and was later developed by Russian special force units. “I quickly realised Systema was the ideal system for Sophia and many other characters, because they needed something that was efficient, practical and highly adaptive,” he explains. “To an observer, Systema would look different, depending on the martial arts background of the practitioner, but it would probably resemble Jason Bourne if you dropped him into The Matrix.”

The greatest challenge that Farrugia faced was unlearning all the bad habits he’d picked from more rigid martial arts like Karate and Kung Fu. “The most valuable thing Systema taught me was remaining calm under extreme pressure with multiple attackers. That would serve me well when I tried to learn more about what it’s like to be Sophia.”

Later on, Nathan decided to learn a new, more efficient way of loading and shooting pistols. “For an operative like Sophia, it was portable and concealable and she was going to be using it a lot.” Once again, Nathan had to unlearn his current, army-taught knowledge of guns, in order to replace it with something more useful for his characters. “I watched them teach an Australian SAS soldier a more efficient way to load his pistol, and realised that’s what they would’ve taught Sophia.”

Sparks fly out from the Desert Eagle so you have the added potential of setting things on fire. A photo posted by Nathan Farrugia (@nathanmfarrugia) on Sep 9, 2014 at 9:35pm PDT

Nathan has just returned from Berlin, where he was mostly holidaying – but while there, he couldn’t resist doing a little research for his current work in progress. He persuaded his friend to help him break into an old abandoned NSA substation and, after cutting holes through three barbed wire fences, they crawled inside — only to discover a little hitch in their plan.

“We were almost caught inside the substation that I thought was abandoned, but actually wasn’t.”

Nathan admits he may be a danger junkie now — which of course is a terrible life choice. He has some research already booked for next year, too. “I’ll be dropped into the most inhospitable region of Australia with no food or water. For a week. So, that should be fun.” He’s also researching how difficult it would be to get a pet ocelot.

It doesn’t sound like life is going to get any easier for the characters in The Fifth Column.

Nathan Farrugia’s The Phoenix Variant is out now. Patrick Lenton is Digital Marketing Executive at Momentum, which publishes The Fifth Column, and he tweets inanity from @patricklenton. Lenton’s own book, A Man Made Entirely of Bats, is coming out in March 2015.