The Best Films Of 2016 (That Were Never Actually Made)

Have you got any idea how many Harry Potter textbooks there are? A lot of films came out in 2016, but even more films didn’t come out. These films don’t actually exist, but judging by the strict categories Hollywood placed on movies this year (The reboot! The live-action remake! The high art blockbuster that definitely isn’t boring!) they may as well have. These are a few that never happened because I made them up just now.

The newest, grittiest addition to the Harry Potter Cinematic Universe. In JK Rowling’s original notes, Miranda Goshawk is a funny, intelligent woman who invented hexes and revolutionised the field of Charms. But since Harry Potter is a series celebrating diversity, fans naturally revolted at the news that a Harry Potter movie might not revolve around a cishet white dude. After gangs of 30-something men mobbed Florida’s Wizarding World Of Harry Potter chanting “It’s HISbology too”, the studio shortly announced that Jonah Hill would play ‘Chip Goshawk’, a wizard with a very specific set of skills who has 24 hours to save his Muggle girlfriend from Bulgarian warlocks. Goshawk deals with his PTSD from the Gulf War by smoking a lot of ‘herb’.

Children were confused and disappointed but the film tracked well on Reddit.

Audiences went to this assuming it was a film adaption of Full House’s Netflix reboot Fuller House, only to find that it was a 150-minute biopic on the lives of Linda and Millard Fuller, founders of Habitat For Humanity. To add to the confusion, Millard Fuller is played by Kieran Culkin, whom most remember as ‘Fuller’ from Home Alone. 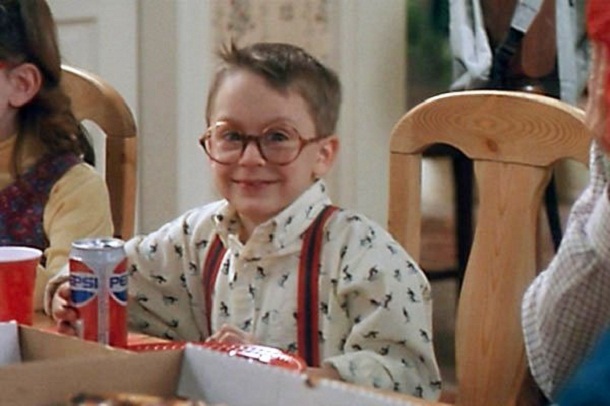 Social media showed that most viewers left around the 30-minute mark of Fuller House: The Movie, during a long tracking shot of cheap building materials voiced-over by Culkin delivering a solemn monologue on the hubris of man.

There were still grimy depths in Bruce Wayne’s soul left to plumb! The Amazing Bat-Man is the darkest comic book superhero film yet. In it, the role of the man of bats is reprised by Ben Affleck, but thankfully there’s no Wonder Woman or Superman to steal focus from Affleck’s long expressionless close-ups. No, this is pure Bat-Man.

Once again, DC has taken something we loved and squeezed everything we love out of it until we just love it more. Batfleck checks in for some couch time with his therapist (played by Hollywood darling Johnny Depp), and reveals his deep resentment for people not hyphenating ‘Bat-Man’.

In a famous scene, Ben Affleck throws a ”World’s #1 Dad” mug at the wall of his therapist’s office and shrieks, “It’s BAT-MAN, NOT JOHN BATMAN. JOHN BATMAN HAD EIGHT CHILDREN AND FOUNDED THE CITY OF MELBOURNE. I AM NOBODY’S FATHER” while Depp strokes his fake beard thoughtfully. The movie sold out theatres across Victoria where people were just grateful to hear John Batman’s name pronounced correctly.

Mike Judge, creator of the 2006 ‘satire’ Idiocracy, returns to his favourite subject: making a literal argument for eugenics. In the original film, Judge imagined how bad the world would be if only low-income people with intellectual disabilities procreated. It was a real hoot for everybody. In this sequel, Judge takes his concept a step further and portrays a terrifying dystopia of ramps, accessible buildings and Braille cafe menus.

The film’s hero, a much older and more mediocre Luke Wilson, once again finds himself transplanted into a disabled future. Judge’s able-bodied hero tries to find a toilet but they’re all accessible toilets so he has to wet his pants in a corridor. The film ends with Wilson beating up a wheelchair-user and being crowned king of the world.

Cripocracy was deemed hate speech in 120 countries and received an 81% approval rating on Rotten Tomatoes.

Disney’s Live-Action Lady And The Tramp

In this live-action version of a Disney classic, the refined upper-middle-class cocker spaniel is played by Downton Abbey’s Michelle Dockery in an elegant Chanel dog suit, and Tramp is played inexplicably by 67-year-old Billy Joel. Dockery has said on The Tonight Show that she got the part of Lady by doing her audition via the Snapchat dog-ears filter.

The villainous twin Siamese cats are both played by Scarlett Johansson, who has perfected what many white film critics call “tasteful yellowface”.