Don’t Let The Government Into Our Stuff: An Open Letter To Opposition Leader Bill Shorten

"Australia expects a bit more from you. Something in the way of some opposition, I guess – since that is your job." How are you? Good? I hope you’re well — it looks like you’ve been in a good mood lately. Seems like the opinion polls are treating you kindly. Keeping all those zingers warm and ready for Tony’s next fumble, hopefully. Either way, I hope you’re feeling better than a lot of your supporters are right now.

It’s a little disappointing to learn that you and your colleagues within the Labor Party are helping the Coalition pass their mandatory data retention bill. I just think Australia expects a bit more from you. Something in the way of some opposition, I guess – since that is your job. In case you’ve missed the discussions around this, I figured I’d take some time out to explain why data retention is a bad idea, and why people expect better from you and the Opposition than rolling over on it.

Be An Opposition, Not A Rubber Stamp

For one, this data retention bill is a pretty poor piece of legislation. So far, the evidence we’ve been given suggests that a mandatory data retention scheme isn’t the way to go when it comes to fighting serious crime — other countries say these schemes just don’t work. Some countries, like Romania, Germany and the Czech Republic, have even rejected data retention proposals on the basis that they’re considered unconstitutional.

Let’s look at Germany. In 2011, they found “there is no proof that the number of cleared cases, the crime rate or the number of convictions, acquittals or closed cases significantly depends on whether a blanket data retention scheme is in operation.” They also found that “there is no evidence that countries using targeted investigation techniques clear less crime or suffer from more criminal acts than countries operating a blanket communications data retention scheme.”

And since the Attorney-General’s Department rather awkwardly couldn’t provide us with any evidence that it’s a great idea either, we kind of have to run with what we’ve got. Imagine for a second, Bill, that someone asked you to pass legislation without justifying why it was reasonable, useful, or going to be even remotely efficient. Imagine if the prior experiences of other countries indicated it wouldn’t be any of those things. You probably wouldn’t pass it, would you? You would probably laugh at it, roll it up, and give it to your dog Theodore to play with – he’d probably get more use out of it.

So in that light, your actions are pretty darn frustrating. You previously warned everyone about the dangers of rushing these laws through, but it appears you’re joining in with Abbott’s push to get them passed by the middle of March. At one stage, it even looked like you were healthily sceptical of this legislation. So why are you just planning to let Tony walk all over you? Here’s your chance to show us that you’re serious. As the comments on most of your Facebook posts have been saying lately, we didn’t come here to see you get knocked out in the first round.

Checks And Balances: Protecting Our Democracy

What was it that you said last month? “We should be able to work these issues through but it is important in a democracy that we get the balance right.”

I totally agree. Which is why it’s just so confusing to see you behave as if you never even uttered those words. Is it because Abbott started putting pressure on you? Is it because you want to look “tough” on national security? You know, the best way you could look tough on national security would be to critically examine the legislation to make sure it’s actually effective and proportionate.

See, democracy isn’t just a buzzword, Bill. It’s a real thing. A thing I’d say most Australians value. But you can’t just magically wish it into existence any more than I can point at a piece of paper with the word ‘democracy’ scrawled on it and say, “Here it is, everyone”. Democracy has certain features which make it so, and one of those is a reasonable freedom of the press to hold you, your mates, and everyone in that big white house accountable.

Why is this important? Because sometimes governments and politicians do things they’re not supposed to, and since you’re on our dime, we’d really like to know when that happens so that we can give those people the swift, metaphorical boot. 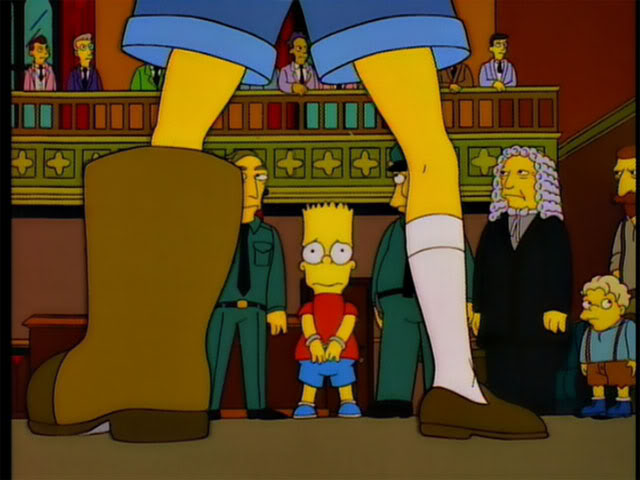 So if you pass that mandatory data retention legislation, Bill, you’ll be taking steps to insulate not just yourself, but everyone in that building, from reasonable scrutiny from the press.

That seems pretty undemocratic to me.

If you want metadata – heck, if you even want the content of the communications – fine. That’s fine — provided that, you know, you only target individuals under reasonable suspicion, you get a warrant for the stuff you want, and you go about your business with things like democracy, a free press, and privacy in mind. Like everyone else, I’m just a little concerned, because so far you haven’t really justified why you need everyone’s data collected and accessible without a warrant. Other countries have been through this before, so the idea that we need to be a testing ground or just give agencies what they want doesn’t quite fly.

If you’re happy to make ‘democracy’ just another empty buzzword you drag out, kicking and screaming, at your next press conference – a set of letters so politically malleable as to be vacant and meaningless – then you’re on the right track.

But if you actually believe that democracy is important and worth protecting, it’s time to take a proper look at what is going on. Think about where your values truly lie before Parliament takes a look at this legislation.

Australia expects a bit more from you, Bill. There’s still time to not disappoint us.

Jeremy Stevens is a journalism student at the University of Canberra. He tweets at @jeevens.